QUALITY AND COLOR OF LIGHT

Color rendering describes the quality of light and is denoted as Ra (Europe) or CRI (US). The chart below shows a comparison between different light sources. Zumtobel uses exclusively LED modules and the majority of our products achieve CRI 80+ or CRI 90+.

In addition to the colors of the surfaces, it is also the light color that determines a room’s basic atmosphere. 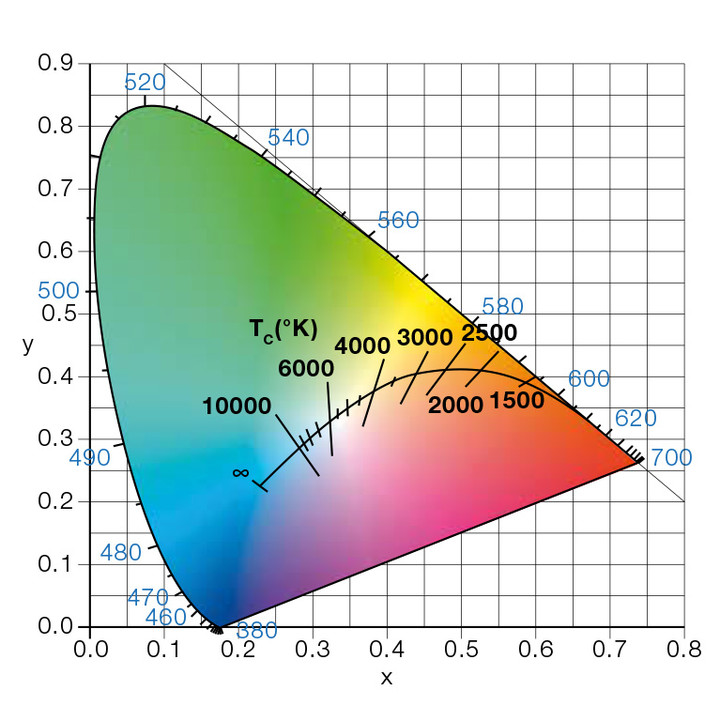 The properties of each individual LED are measured after manufacturing and allocated to a group showing the same features. These correspond to finely differentiated parameters which are divided into so-called bins. Depending on the application and the product, these features are weighted differently.

By using specific binning groups, color and brightness tolerances – not just of the light emitted by individual luminaires, but also on visible luminous surfaces – are reduced to a minimum. Thus, illuminated surfaces and light emitting panels of luminaires are given a uniform appearance. This selection is especially important when it comes to “single LED” products and applications with maximum white light quality such as museums.

In practice, MacAdam ellipses are often used to give users an idea of how far individual LED modules differ with respect to color perception. MacAdam ellipses describe the color distances on the xy coordinates in the standardized color table. In theory, we talk about 1 MacAdam as soon as there is a visual difference with respect to color perception.